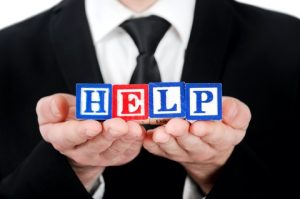 I recently got a phone call from a colleague of mine whom I team up with on well projects from time to time.  He had an interesting dilemma that he was trying to work through that I thought might be instructive to others.

My colleague was working with a small community water system drilled a 700 foot open hole well into a moderately dipping sandstone unit that was both overlain and underlain by relatively impermeable shale.  The sandstone unit was 227 feet thick and dipped at 48 degrees, so the well penetrated the sandstone for approximately 375 feet.  In spite of multiple short pumping tests that indicated the well should produce about 10 gallons per minute, the well actually produced 1-2 gallons per minute, which was far less than necessary for the water system.

Needing more water, the water system decided to put in another well in the same sandstone unit, which is the only potentially viable aquifer within their service area.  Their reasoning for the new well was that if they could intercept a greater interval of the sandstone, it would increase their well yield, so they proposed drilling a 70 degree angle well to intercept the sandstone at a depth of 300 feet along strike of the sandstone unit to try to maximize the interval of the aquifer that the well intercepted.  Putting aside the challenges of drilling, constructing and operating an angle well for water supply, their real problem was not intercepting more of the aquifer in the well, but rather how much water the aquifer was capable of producing, period.

It is unlikely they will see any significant improvements in yield from the new well because the aquifer is just not capable of producing any more water.  In this case, with the impermeable shale above and below the aquifer and some general knowledge of the hydrogeologic characteristics of the sandstone, we can easily calculate how much water the aquifer is capable of storing and yielding to the well within its radius of influence. Couple that with rainfall in the known area of the surface exposure of the aquifer and we can calculate the amount of recharge available to the aquifer to replace the water that is being pumped out.  Ultimately, we can determine what the well is capable of producing from this limited aquifer. Sometimes, you just need to ask the right questions!